Hire the Speaker Who Truly WILL  Rock Your Audience.

Kenny Aronoff is one of the world’s most influential and in demand drummers in rock and roll history. And now, he is quickly becoming one of the most in-demand speakers in the country – as an influential expert in: Leadership, Teamwork, Collaboration, Communication, and Creativity. Rolling Stone Magazine named Kenny one of the “100 Greatest Drummers of All Time”, which is just one of many career accolades. The list of artists he’s worked with on tour and/or in the studio is a definitive “who’s who” of the music industry’s top talent and it includes the likes of Elton John, The Rolling Stones, Sting, Bob Dylan, Paul McCartney, Lady Gaga, The Smashing Pumpkins, Johnny Cash, Celine Dion, John Fogerty, Tom Petty, Melissa Ethridge, Willie Nelson, and MANY more! (you can see the incredible list here). Kenny has played on records that have sold in total over 300 Million copies and 1300 of those records have ended up as Gold, Platinum, or Diamond RIAA Certified Records. 60 of those recordings are Grammy Award winners or nominated, and over a dozen of the songs were #1 Hit Singles. In addition, Kenny played on all of Grammy Award winner John Mellencamp’s hits, albums, and tours!

Kenny’s enormous resume and success as of the most in-demand musicians in history is a direct testament to his mastery as a team player, a leader, and a master communicator who also has an incredibly strong work ethic. These qualities have earned him a lasting career for several decades with more recording studio and live performance appearances than perhaps any other working drummer (or musician) in history. Kenny is a rock star in every sense of the word! …And he is busier than ever today in the studio and on tours. And of course, his keynote speech includes rock concert moments with him playing his drums! 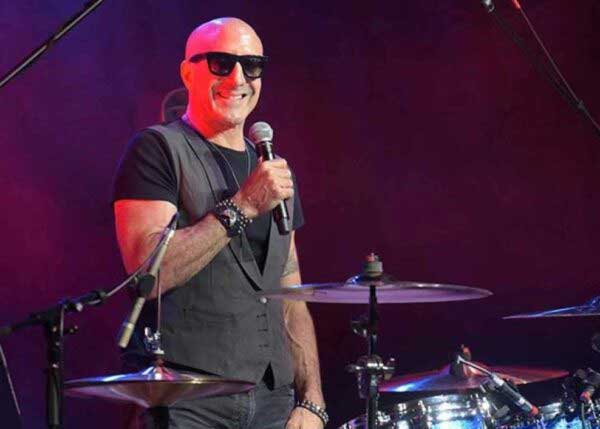 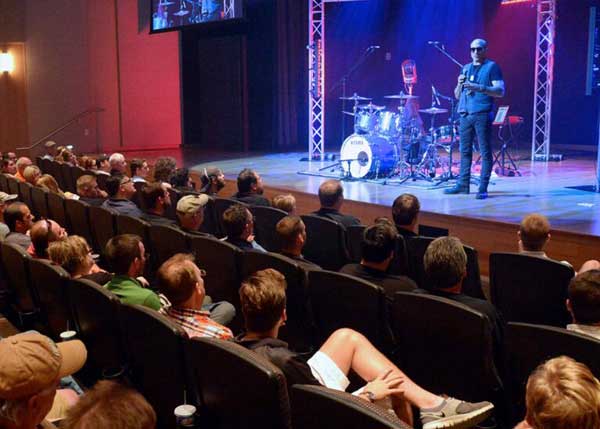 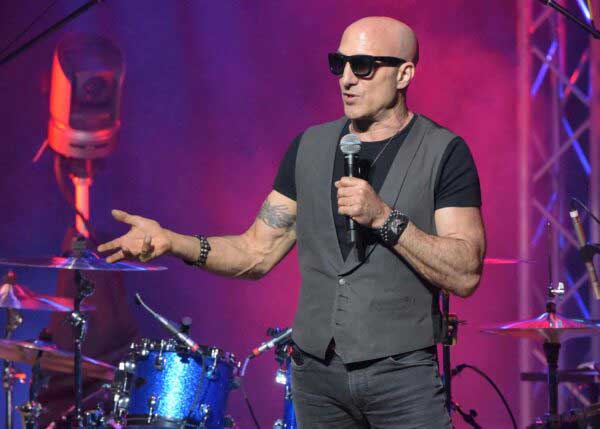 As the man who has actually created some of the most iconic drum parts in rock history, (including the infamous drum solo on “Jack and Diane” with John Mellencamp), Kenny truly believes that sometimes going to the beat of a different drummer can be not just a good thing…but a GREAT thing!

Kenny’s events are engaging, entertaining, and inspirational, creating a memorable audience experience that lasts a lifetime! 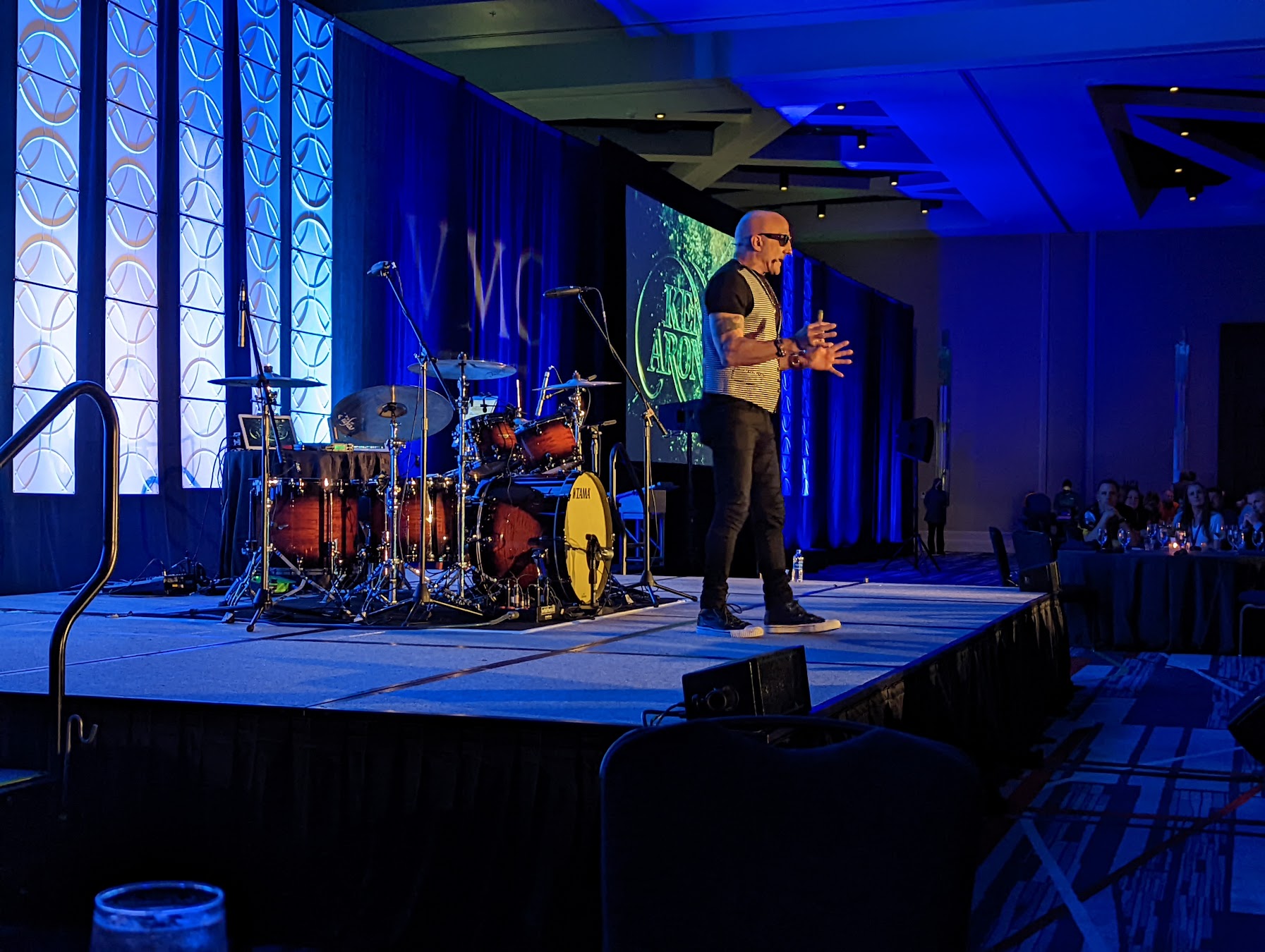 “Kenny, It was our great pleasure to have you at our meeting. One word…..AWESOME!! People are still talking about you! I hope you had a good time with us as well! I look forward to inviting you back to a future meeting.”– JANET GLOVER, DIRECTOR OF MEETINGS, KDA

“My students are still buzzing with enthusiasm and insight from your recent guest lecture. One thing I’d like to pass along to you (as someone who’s worked with college kids for a long, long time) is that you seem to have a special gift for connecting with this cohort–not just in a way that’s informative and entertaining, but also in a way that is “changing.” I’ve seen a lot of talented, high-level keynote speakers come and go. Yes, you are good at speaking to a room full of individuals. But you have that higher-level ability to go beyond speaking to an audience, into the realm of connecting with each audience member individually/personally, so that in the moment you are “with them and bonding one to one.” I mean this seriously, Kenny–not just as a fan trying to blow ingratiating smoke.”– BRAD HENDERSON, UC DAVIS

“Fantastic show. Kenny is a terrific speaker and performer. High energy. Yet smooth and polished. I remember all the trade show conventions I went to where there was some luncheon or dinner where there was some motivational speaker, usually a washed up athlete telling old stories. They were so boring I would fall asleep and my face would fall into the pudding. Long and short of it. In my business career I have seen dozens of motivational speakers, including an astronaut who walked on the moon, and Kenny puts all of them to shame. This guy is the real deal. I like the way he adapted his talk for your purposes, referencing tools and the need to adapt or die. He really put his heart and soul into this for you. Obviously a really great guy.”– RICHARD B VIA NICK T, PROF OF ANTHROPOLOGY, INDIANA UNIVERSITY

“Forgive me for totally geeking out here! I’m attending the NAIIA convention this week, which in itself, is an honor. Add to that, drummer Kenny Aronoff was the keynote speaker! Kenny is, was and always will be my number one drum inspiration- since I was a teenager!! Add to THAT, dinner with Kenny on Monday and drinks with him last night was beyond! He is such a motivated, inspired and fantastic guy! While talking to him, I had to remind myself that it was actually him I was talking to. It was so comfortable spending time with him! If your company is ever looking for a supercharged, motivational and rockin’ presentation about collaboration, communication and team work, Kenny is your guy!”– DOUG BROD, AIC

Kenny will work with event planners in advance to ensure a “rock star experience” for attendees with customized event content, as well as post presentation interaction.

“I have been involved in many small and large events over the years and we constantly search for interesting alternatives to the typical “motivational” speech. We hit the jackpot with Kenny! His message in combination with his amazing drumming was a hit (no pun intended). Our pre-meeting session was interactive and fun as we kicked around content and presentation ideas. As you would expect, the logistics before the meeting were clear and detailed. On the night of his performance, the audience was treated to a combination of stories with a message interspersed with drum solos they will not soon forget. Kenny now has a new generation of groupies who appreciate what it takes to be great in whatever field you chose. To top it all off, he is very engaging and approachable and enjoys spending time with people. My suggestion, discover Kenny for your next meeting!” – BEN COE / Senior Director of Strategy and Development, Veterinary Study Groups, Inc. 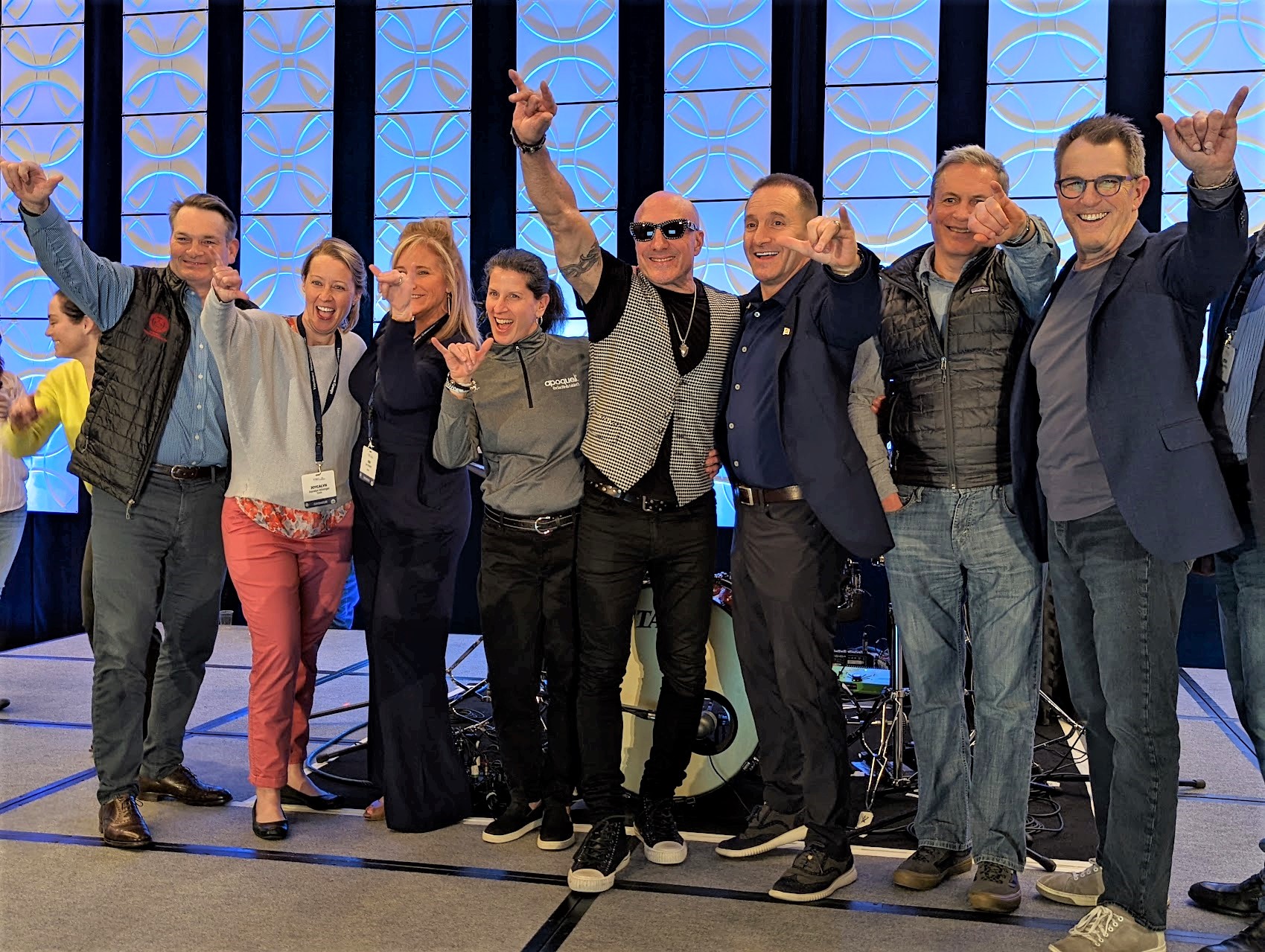