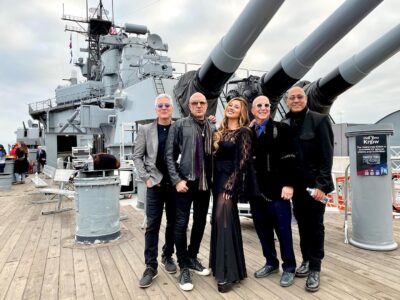 The “America Salutes You” concert will be televised on Paramount Networks on Memorial Day 2022.

About Kenny Aronoff – Today, Kenny Aronoff spends his time touring, recording in studio, and rocking corporate speaking stages around the world, teaching people how to embrace adversity and gain confidence in their personal and professional lives. Learn more at: https://kennyaronoff.com/